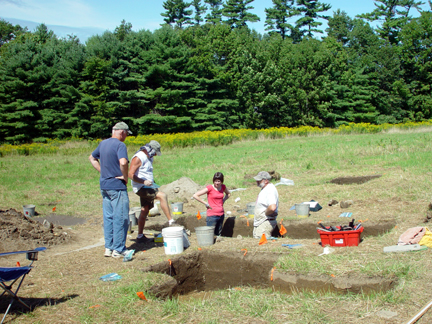 The Chadbourne Site (ca. 1643-1690) in South Berwick, Maine, is a well-preserved archaeology site of an early English homestead and industrial complex. Excavations between 1995 and 2003 led by Dr. Emerson Baker and sponsored by the Old Berwick Historical Society recovered over 40,000 artifacts and evidence of a series of buildings, making the Chadbourne Site one of the most important and best preserved colonial archaeology site in New England. The artifacts provide important clues to life in early New England and have been studied by archaeologists across the United States, as well as Canada and Europe. 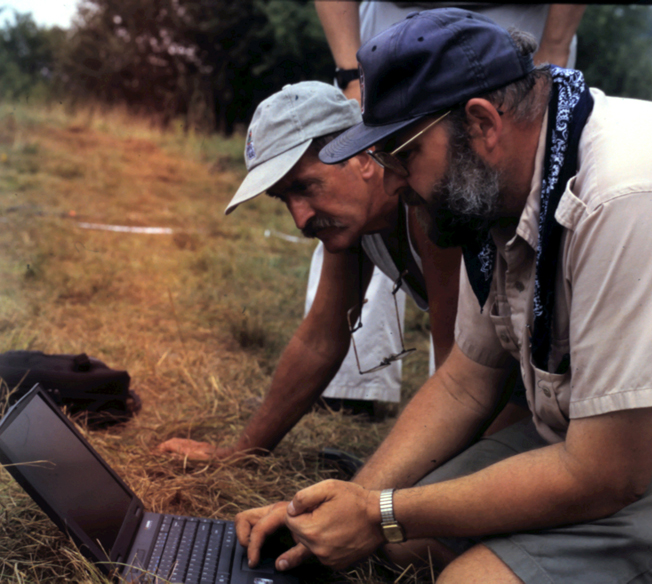 Through the Chadbourne dig and subsequent exhibits, the Counting House Museum has served as a base of exploration of the Piscataqua estuary’s earliest colonial history. The river area of today’s South Berwick is the site of one of the earliest settlements in Maine, dating to 1634. The falls where the Great Works River enters the tidal, ocean-bound Salmon Falls is the location of one of the oldest water mill sites in America.

In 1995, what began as a short archaeology workshop for local teachers suddenly turned into an exciting community history project. 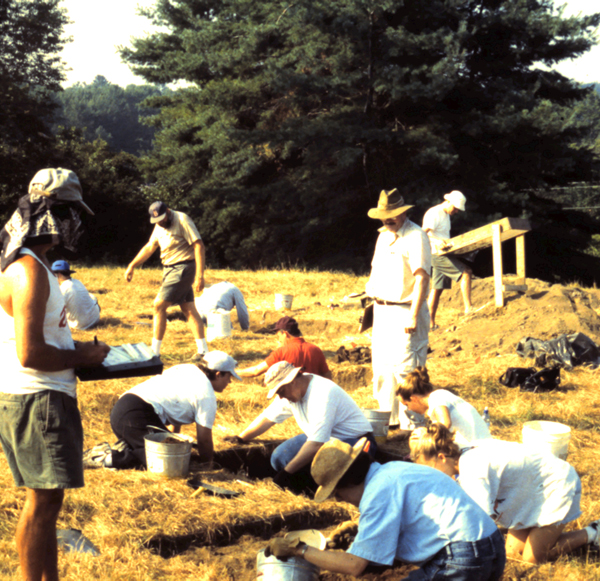 Excavating a tiny section of a hayfield, a group of volunteers led by Dr. Baker discovered the homestead of one of the first pioneering mill families in North America, the Chadbourne's. Humphrey Chadbourne was an Englishman whose father William had been one of the first sawmill operators in America, and about 1650 he built a house near the mill on land his family had purchased from the Indians. The homestead became one of the largest in New England in its day; records and archaeology show the family had indentured servants as well as a well-appointed household with fine clothing and utensils, glass windows, and even the luxury of horses. The house seems to have been destroyed in a devastating fire about 1690, probably during King William’s War with the local Wabanaki, in the days when Maine stood on the wilderness frontier. In our summers of exploration with Dr. Baker and the Chadbourne Family Association, teams of volunteers have uncovered about 40,000 artifacts. Now preserved at the Counting House Museum, these objects provide materials for displays on 17th century life as well as interpretive material shedding new information to history scholars about early colonial life in the Piscataqua region. 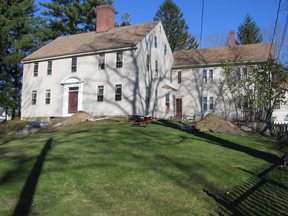 The site of the dig is located in Old Fields, an area that by the 1660s was the heart of the English settlement of Berwick or “Newichawannock” situated on the upper reaches of the Salmon Falls River. This “neighborhood” consisted of several homes, a tavern, meetinghouse, burial ground, public landing, and expansive hay fields. The Old Fields dig site is reputed to be the former home and tavern of the families of Humphrey and Mary Spencer (c. 1696-1742), Captain Ichabod Goodwin (1740-1777), and his son General Ichabod Goodwin (1777-1829).

Historical documents also locate one of Berwick’s fortified garrisons here during the conflict ridden 1690s and early 1700s. In 1690 and 1691, Wabanaki war parties in separate incidents attacked the Spencer garrison and two men working in a nearby field. Today, the property is dominated by the two and a half story second home of General Goodwin. The General had this home built in c. 1795 to replace his earlier residence that had burnt down the previous year. Here, he remained with his family until his death in 1829.

Dr. Neill De Paoli has directed the search for the Spencer home, tavern, and garrison, while the house was owned by Harvey and Paula Bennett. The archaeological excavations have uncovered the ruins of the Spencer-Goodwin home and tavern that stood from c. 1696 until 1794. Most prominent were stone foundations that supported the wooden superstructure of the Spencer-Goodwin house and tavern. Additional finds have included fragments of the 17th century glass and lead casement and 18th century sash windows that lit the interior of the building. Dramatic evidence of the fire that destroyed the Spencer-Goodwin home in 1794 covered much of the foundation walls and interior of the structure. Archaeologists uncovered charred and melted remains of household and architectural debris such as milled wood, mortar, plaster, handwrought nails, window glass, ceramic cups, plates, smoking pipes along with burnt soil and fire-cracked fieldstones.

The archaeological evidence suggested that General Goodwin relocated his new home a short distance east of the western foundation wall of the earlier Spencer-Goodwin dwelling. Excavators also uncovered a 13 by 13-foot stone-walled cellar twenty-five feet south of the core of the late 17th and 18th century home and tavern. De Paoli believes the cellar was the southerly part of the house or a separate outbuilding, possibly a dairy.