Woodlawn Cemetery, the largest and newest in South Berwick, was created on an old Libby family homestead and burial site that dates to the 18th century.  As Portland Street Cemetery began to near its capacity in the 1880s, Woodlawn began to be regularly used. It now contains hundreds of 20th century graves, including many veterans of World Wars I and II.  It is maintained by the South Berwick Cemetery Association.

“This monument is raised in the original family burying ground on the homestead of Dea. B. Libby, as a memorial to the long neglected dead which repose here, some thirty in number,” reads a Woodlawn Cemetery marker “erected by the descendants of Dea. John Libby, A.D. 1881.”

Another stone explains that the family’s patriarch, Deacon Benjamin Libby, born in England in 1682, was buried here on his farm in 1768, and adds: "Son of John Libby and grandson of John Libby first from England.  Born in Scarborough, came to Berwick in early life, became one of her most respected and useful citizens, being repeatedly honored by the highest officers in the gift of his townsmen.  Was Deacon of the Congregational Church nearly thirty five years."

Charles Libby (1722-1772), son of Deacon Libby, has this epitaph: "Youngest son of Deacon Benjamin Libby, inherited the homestead and cared for his parents declining years.  Three of his oldest sons served in the Revolutionary War.  Ebenezer and Jeremiah went as privateers and never returned.  Charles served in the Militia."

Joseph Libby, (1706-1786), has a stone inscribed: "Eldest son of Deacon Benjamin Libby, settled on a portion of his father's estate.  Twice married, he became the father of 5 sons and several daughters."

Deacon John Libby (1768-1851), has a grave marked: "Youngest son of Charles Libby, This monument is raised in the original family burial ground on the homestead of Deacon B Libby as a memorial to the long neglected dead which repose here, some thirty in number."

Many veterans of the Civil War and other wars are also buried here.

A sampling of a few graves of other South Berwick notable citizens:

Dr. Christopher P. Gerrish (1829-1909), town physician. Records at Bowdoin College state that Christopher Prentiss Gerrish was born in West Lebanon, Maine, attended Dartmouth and graduated from Bowdoin in 1855. He married Hattie A. Hill of Berwick the same year and they had a son, Edward, and daughter, Clara.  Dr. Gerrish practiced medicine briefly in Somersworth, NH, and in York, ME, for ten years before moving to South Berwick in 1867, where they lived in houses still standing at 155 and 373 Main Street.  Here he served on the board of health and as superintendent of schools. 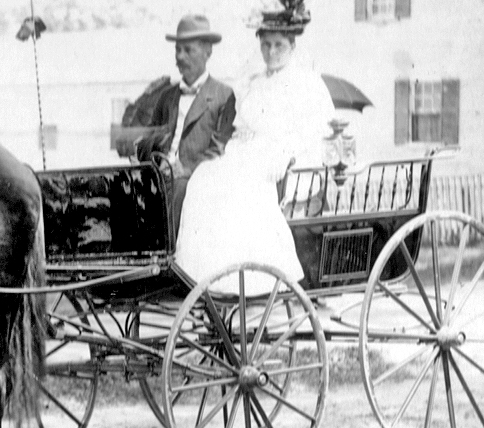 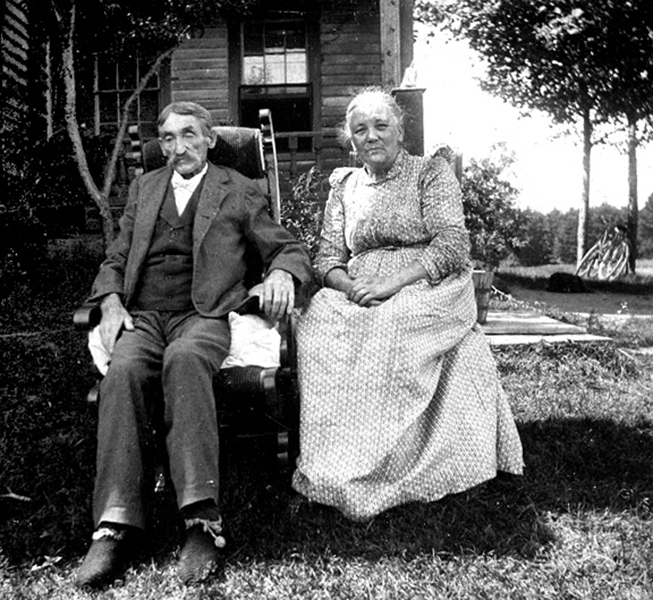 Rev. Zebulon Knight (1845-1924) Originally from Scarborough and trained as a carpenter, Knight fought in the Civil War, and is said to have made a table for General William Tecumseh Sherman on his march through Georgia.  He married Sarah Norman in 1868.  They are thought to have lived in the house still standing at 85 Knight’s Pond Road. In 1880, as South Berwick Junction became more hectic, Knight became pastor of the South Berwick Wells Christian Church on Emery’s Bridge Road.  He was also briefly associated with the Emery’s Bridge Christian Church.

Joseph A. Maddox (1847-1916) was the owner of a chain of grocery stores located in South Berwick and elsewhere in Maine and New Hampshire.  The family operated the business from the turn of the century through World War II. 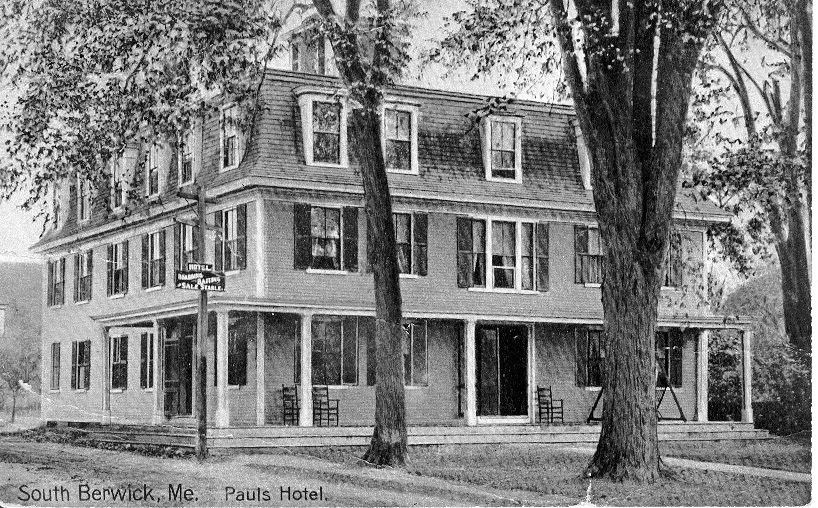 Josiah Paul (1813-1892) was innkeeper of the Frost Tavern in South Berwick Village after the death of Sarah Bartlett Frost in 1848.  He ran it as the Newichawanick House or simply Paul’s Hotel. Paul also served as deputy sheriff and coroner.

Ruel B. Rideout (1874-1944) was the founder of one of South Berwick's longest running downtown businesses and a landmark from about 1900 to 2007. He opened the first Rideout's store, selling groceries and hardware, in a house still standing at the corner of Main and Butler Streets today.  He later moved to the Masonic-Huntress Building that today contains Civil Consultants, before Rideout's Hardware finally opened in the Business Block. Rideout was South Berwick's town moderator for many years, and served on the building committee that in 1925 built Central School, where his son Edward was a pupil.

(Summary by Wendy Pirsig from archives of the Counting House Museum. Updated December 2020.)