Pleasant Hill Cemetery is an historic burying ground originally associated with the Great Works woolen mill on Brattle Street, and dates to at least the mid-1800s.  At least 27 Civil War veterans and those of two world wars are buried here, as well as many textile mill workers once employed at the Newichawannock Woolen Company.  The Second Advent Society at Great Works had a small church opposite the cemetery and a bit downhill.  The society was founded in 1870 by Rev. J. G. Smith and Rev. T. W. Piper and 15 original members. 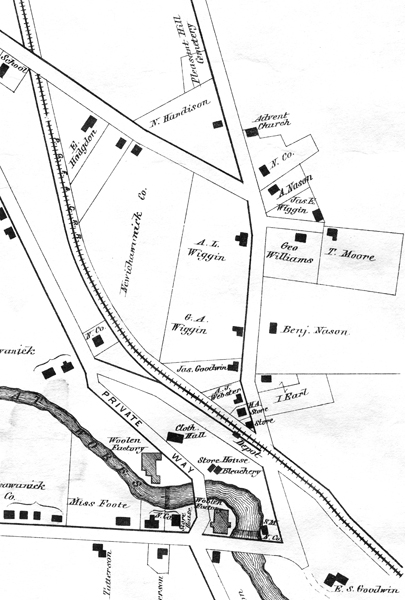 At left is a map excerpted from the Atlas of York County, 1872. Many residents shown on this map are buried in Pleasant Hill Cemetery. The cemetery and the church are near the top, on Wadleigh Lane, with the Academy Street below, and the Newichawannock Woolen Mill at the bottom. The railroad shown on this map was been replaced by Route 236.

Among the graves are those of many residents associated with the Great Works woolen mill, the remains of which stood for many years at the Brattle Street bridge.

Also buried in Pleasant Hill Cemetery are members of the Williams family, descendants of Uriah Williams, a Black 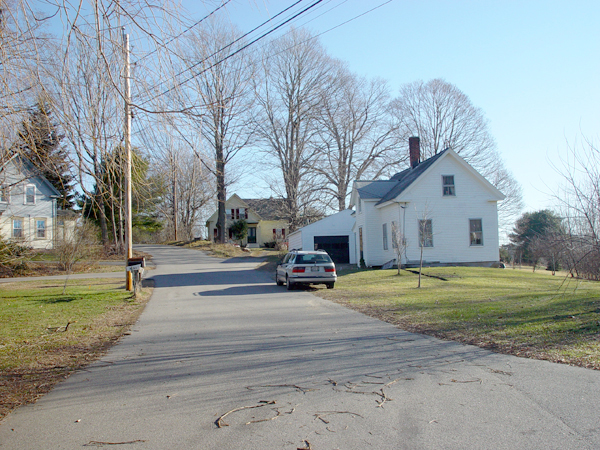 soldier who served in the American Revolution.  The location of Uriah's grave is not known, but great grandsons George W. Williams (c. 1834-1897) and Augustus L. Williams (c. 1836-1899), who fought in the Civil War, are buried here. George's home on Drury Lane is shown on the map at left, and pictured in the photo here. 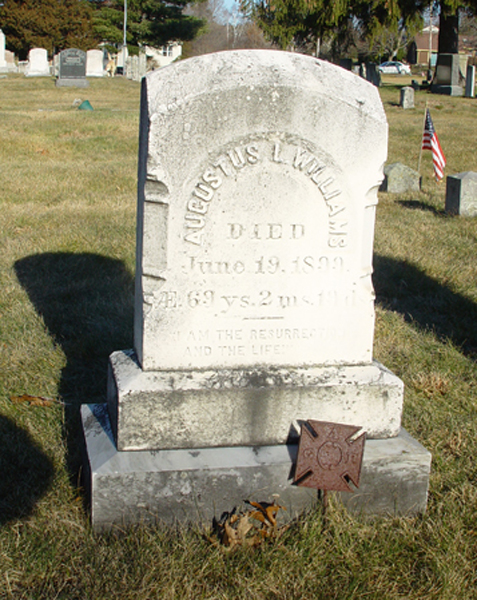 Some examples of the many Civil War veterans buried in Pleasant Street Cemetery are: 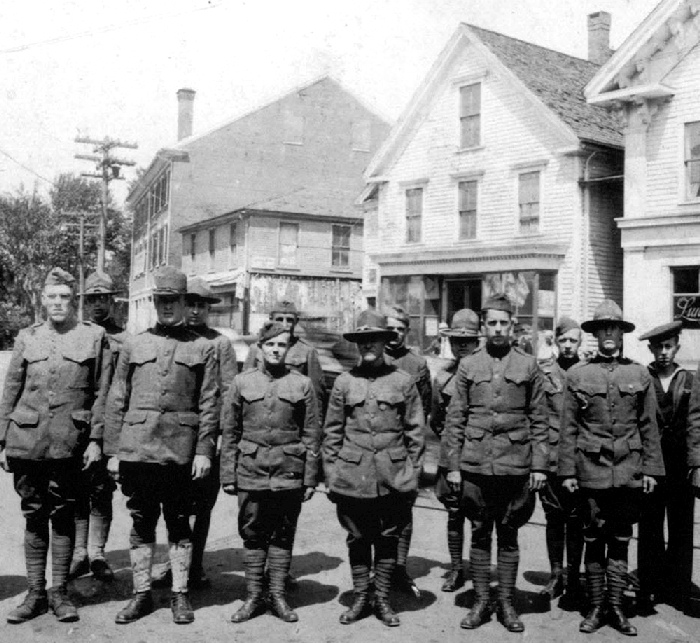 A significant number of 20th century veterans are also buried in Pleasant Street Cemetery. To name just a few:

Russell Clement Goodwin (1925-2002), U. S. Marine Corps, World War II.  He raised Braemuir Polled Shorthorns on his dairy farm which is a landmark at the corner of Route 236 and Brattle Street, not far from Pleasant Hill Cemetery.  The farm appears as the E. S. Goodwin home on the above map in the lower right-hand corner.

Other local citizens buried here include:

Richard M. Davis (1864-1962), son of tinsmith Joseph Porter Davis (1833-1904). The great downtown Fire of 1870 was said to have originated in Joseph P. Davis’s tin shop near Central Square. Richard's son, Linwood "Darby" Davis, (1907- 2008) lived to the age of 101. Darby was raised and educated in South Berwick and graduated from Berwick Academy. He was employed at the Rocky Gorge Woolen Mills at Great Works. Later he moved his family to the Lawrence, MA, area to work as a plant engineer for Malden Mills, where he retired in 1973.

Charles Keays (c. 1812-1879), was a stonemason who lived on Academy Street opposite the Federated Church today.

Frederick A. Webster (1851-1929), for whom Webster Street is apparently named. He was the “Local Agent for Stockbridge and Bowkers Fertilizers, Bowker’s Early Potato Manure, Bowker’s Corn, Grain and Grass Fertilizers,” according to the South Berwick town report of 1900.  He also sold “Stoves, Ranges, Kitchen Furnishing Goods, Table and Pocket Cutlery, Farming Tools” as well as paint and “Furniture of every description.”

In the 1930s the Works Projects Administration (WPA) mapped the cemetery and noted graves of veterans.  This map, held at the Maine Archives and posted online by the Digital Public Library of America, shows that the WPA counted graves of 27 veterans of the Civil War, three of World War I, and one of "Indian Wars," presumably in the West.  The number of veterans buried since then is not known. 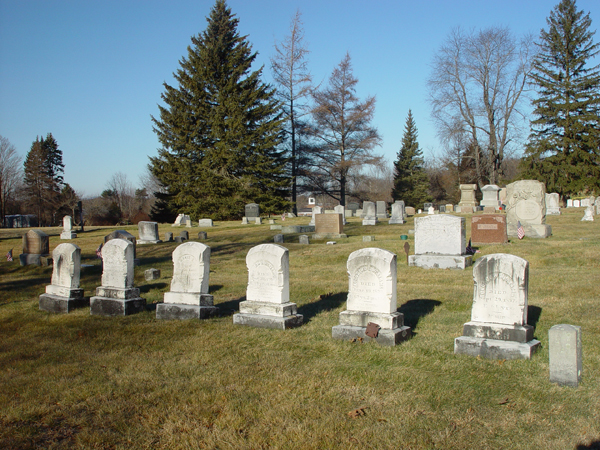