This house is part of the South Berwick Village District on the National Register of Historic Places. Thomas J. Goodwin (1833-1912) was a selectman and member of the South Berwick Board of Health in 1872 and 1892-93, according to the Maine Register business directory. In the 1897-8 directory his name was listed for the telephone company, N.E.T. & T. Co. 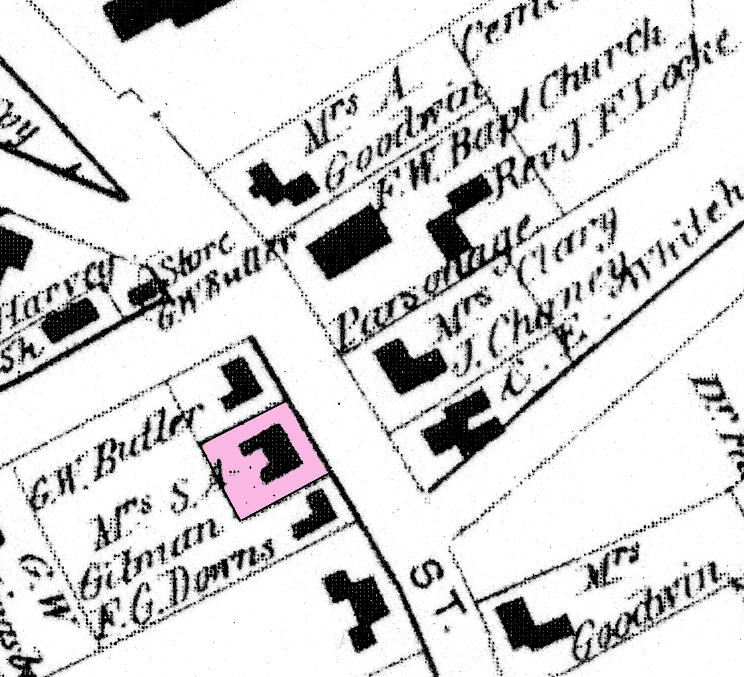 Deed research indicates this house belonged to Thomas J. and Augusta Goodwin, followed by their daughter, Sarah L. Goodwin. In the 1900 census, reported in the 1904 South Berwick Register, Thomas J. Goodwin of Main Street is listed as a “farmer and tax collector.” Also living in the household are his wife, Augusta A. (Clark), and daughters Mary E., Sarah L., and Florence A. Goodwin.

Vital Records of Berwick, South Berwick and North Berwick states Thomas J. Goodwin married Augusta A. Clark on February 24, 1869 in the First Baptist Church. She had been born in 1846. He seems to have previously married Mrs. Sarah Tucker on 4 October 1862.

(Summary by Wendy Pirsig from archives at the Counting House Museum.)