This house is part of the South Berwick Village District on the National Register of Historic Places. It was built by William Burleigh (1785-1827), the Congressman who represented Maine's First District in Washington during the years after Maine became a state. The house was also the birthplace of his son, John Holmes Burleigh (1822-1877), who was elected to his father’s seat in Congress in 1872 and 1874. A sea captain who sailed the world in the 1840s, the younger Burleigh later owned the Newichawannock Woolen Mills. In the 20th century, the building contained the assisted living center, Berwick Estates.

William Burleigh was born in Northwood, NH, and raised in Gilmanton. He worked as a schoolteacher, studied law, and was admitted to the bar in 1815, when he moved to South Berwick to open a law practice. He married Deborah Currier of South Berwick in 1817. In 1818, her brother Micajah Currier died, leaving her "all my household furniture which I shall not otherwise dispose of; likewise the dwelling house, stable and land adjacent where I now live." The Currier House is still standing next door at 85 Portland Street.  Currier's bequest also directs Burleigh to use Currier's funds to create a "burying ground for the inhabitants of Berwick and South Berwick..." This became Portland Street Cemetery, with Currier's tomb the first placed there.

In 1820 Maine separated from Massachusetts and became a state. For one term, Maine was represented in Washington by at-large Congressmen, and then in 1823, when the First Congressional District was formed, voters elected William Burleigh its first United States Representative. In the 19th Congress he served as chairman of the Committee on Expenditures in the Department of the Treasury. He was elected to the 18th, 19th and 20th Congresses.

"Mr. Burleigh was a very successful lawyer," states The South Berwick Register, compiled by Mitchell & Campbell in 1904, "and one who won the approval from his towns folk for getting a longed for appropriation from the Government, for dredging and blasting the river channel between the upper and lower landings, so that commerce was expected to take a new start in these busy waters. It is interesting to note that Mr. Burleigh had to, and did, work what we call a political trick, to get the above bill passed. The clause asking for the appropriation was worded so that it read 'an appropriation for the 'Maine' branch of the Piscataqua.' Many supported the bill, because they thought it was to aid Dover, because the main branch extended to that city. The letter (e) on the word main was not noticed until the bill was passed."

Before serving his third term, Burleigh suddenly died in South Berwick in 1827 at the age of 42. The family's story demonstrates the precariousness of life in those days, even for leading families. While Deborah Burleigh remained in their home and raised their young children, family resources dwindled. Two sons had to leave school and go away to sea as deck hands. Micajah C. Burleigh had been sent to Strafford Academy and New London Academy, but left to become a sailor for 14 years, ending as a captain in command of his own ships, according to History of Strafford County. He later returned to South Berwick and worked in the Parks Store, then at W. & E. Griffin, iron founders, where he eventually owned the business. Moving to Somersworth, NH, he founded the Somersworth Machine Company and eventually purchased the Dover Iron Foundry. In the 1850s he served as New Hampshire state representative and state senator. He died in 1881.

The second son to go away to sea was Micajah's younger brother, John Holmes Burleigh.  Born on October 9,1822, he attended Berwick Academy, and then signed on to a ship as a deck hand at age 16 for wages of seven dollars a month (according to The South Berwick Register).

In the 1840s, John H. Burleigh sailed several times around the world and was promoted through the ranks till he became captain of his own ship -- but not without some harrowing experiences, according to the History of York County, which said he survived a hurricane off Bermuda, and later was shipwrecked off the Orkney Islands near Scotland. In 1850, bringing his wife, the former Matilda Buffum of North Berwick, Capt. Burleigh sailed around Cape Horn to Calcutta, then returned by the Cape of Good Hope. 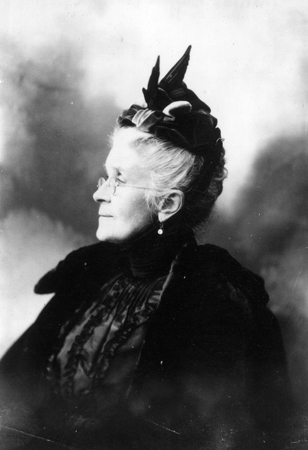 On Capt. Burleigh’s return in 1855, an uncle, the younger brother of William Burleigh, John A. Burleigh, had become mill agent at Great Falls Manufacturing Co. in Somersworth, NH. Perhaps taking a cue from this uncle, Capt. Burleigh invested his total fortune in a woolen mill in South Berwick on the Great Works River, on the site of the early waterpower site dating from 1650. (Some accounts put his investment at about $15,000; The South Berwick Register says the amount was $150,000.) This factory was located by the Brattle Street bridge (later just off Route 236 and Academy Street). By 1860, the product of Burleigh’s Newichawannock Woolen Mills was valued at about $300,000 per year. These woolen mills continued in operation until 1949.

Like his father, Capt. Burleigh went into politics. He first represented South Berwick in the state legislatures of 1862, 1864, 1866 and 1872, and as Maine's delegate at large attended the Republican national convention at Baltimore that nominated Abraham Lincoln and Andrew Johnson in 1864.

The same year, he built a large mansion and carriage house near Berwick Academy on Academy Street. In the York County Atlas of 1872, he was listed as the owner of both the Academy Street and Portland Street properties.

In 1872 and 1874, as his father 50 years before, John Holmes Burleigh was elected to Congress representing Maine’s First District. He served on the naval committee, was instrumental in improving the management of the Portsmouth Naval Shipyard, and arranged for the building of the first lighthouse at Nubble Light in York.

Burleigh served as Berwick Academy trustee and as president of both the national and savings banks in South Berwick. He died in 1877, in a carriage accident on the bridge at Salmon Falls.

(This summary by Wendy Pirsig from the archives of the Counting House Museum. Updated December 2020.)