Hayes House, which became the Berwick Academy headmaster's home on Academy Street in South Berwick, Maine, was built about 1810 by attorney Dudley Hubbard (1763-1816). The design is thought perhaps to have been after that of the early New England architect, Asher Benjamin (1773-1845).

Hubbard was born in Ipswich, Massachusetts and graduated from Harvard in 1786. As a student in 1784, he seems to have accompanied Dr. Jeremy Belknap, the historian and clergyman, on one of the first ascents of a scientific party up Mt. Washington. 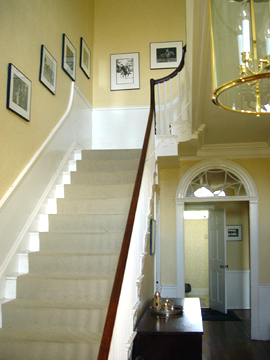 In Hubbard's South Berwick law practice , he served Boston clients trading in the area, according to the 1880 History of York County , which described him as “the leading lawyer of the York bar.” In 1795 he married Sophia Dame of Dover, NH, whose family may have been from Trois Rivieres, Quebec. The Hubbards' daughter, Olivia Sarah (1794-1885), married local merchant Benjamin Nason, and raised a family at the site of the Nason-Walker homestead on Portland Street.

Among several couples Hubbard married were African Americans Grandus B. Williams and Maria March in 1814. He was the son of Revolutionary War soldier Uriah Williams.

Hubbard's “fine conversational powers and agreeable address gave him the entree into the best society, not only at home but in Portsmouth, Boston and Montreal,” said the York County history, but the “style of living and social entertainment beyond his income or means” apparently led to his suicide at age 53. Sophia died in 1828. Hubbard's law student, William Allen Hayes (1783-1851) acquired his mentor's law practice, mansion and farm. 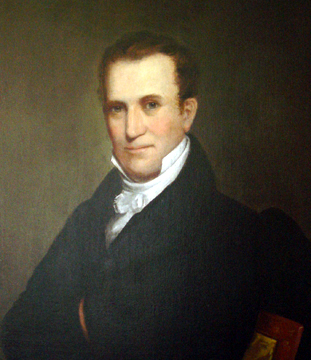 Born in North Yarmouth, Hayes had attended Dartmouth, where he was said to have ridden on horseback from Maine with all his possessions in his saddlebags. He graduated with honors in 1805. He then studied with Hubbard as well as with lawyers Ezekiel Whitman and Artemas Ward of Charlestown, Massachusetts, and was admitted to the Middlesex, Massachusetts, Bar in 1809.

Hayes opened an office in South Berwick village above the Parks Store with local attorney Charles Northend Cogswell. At the time, the center of South Berwick was in transition, shifting in location from near the Salmon Falls River to its present site along Main and Portland Streets, the route that was part of a developing stagecoach turnpike between Boston and Portland. Of the Hayes and Cogswell law firm, the History of York County said, “It proved a most successful partnership, both being of high intellectual endowments and large business capacity. It is said that for many years more business was done in their office than in any other in the county.” Cogswell died in 1846.

Hayes was judge of probate from 1828 to 1847, and served as president of the South Berwick Bank and of the York County Bar for more than 25 years. In 1841 he became an investor in South Berwick's first railroad line, the Great Falls and South Berwick Branch Railroad Company, and he owned shares in the woolen mill at Great Works. He was also a leader of the First Parish Church. 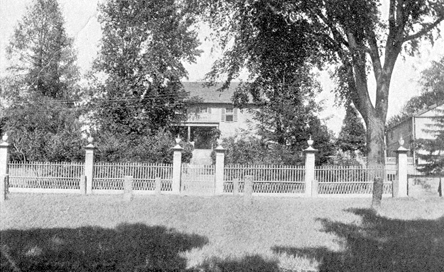 Judge Hayes is believed to have acquired considerable property in the interior of the town. He “had the instincts of an English country squire,” later wrote author Sarah Orne Jewett, “and lived like one on his great estate, bringing up his handsome sons and daughters to be ladies and gentlemen, to walk and to speak as ladies and gentlemen should, and to be self-respecting and respectful of others.”

In the 20th century, the Boston Museum of Fine Arts acquired mahogany chairs from Hayes House that were perhaps made by Langley Boardman of Portsmouth or by a South Berwick craftsman. The museum's research found the Hayes family furnished their south sitting room with “a Franklin stove, a piano, two card tables, a variety of seating furniture, plants, and portraits of Mrs. Hayes and the Judge.”

Portraits of Judge Hayes and his wife are thought perhaps to have been painted by the New England artist Joseph Greenleaf Cole (1806 - 1858). 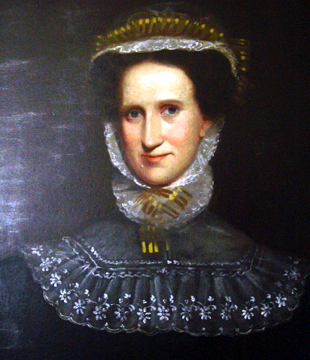 In 1811 Hayes married Susan Lord (c. 1790-1870), the only daughter of West Indies merchant and ship-owner Gen. John Lord. The couple and their children were among those greeting General Lafayette on his 1825 visit to the Frost Tavern on Main Street.

“The citizens were introduced to the General in the parlor of the Hotel,” recalled Sophia Hayes Goodwin years later. “My father acted as master of ceremonies and I remember my pride in his easy address. I remember my father wore a claret colored frock coat – which displayed his remarkably handsome person to great advantage. But I was half ashamed when he brought up my sister Hetta and myself and introduced us as his children, though I was partially assured when the General complimented him upon having so interesting a family.” 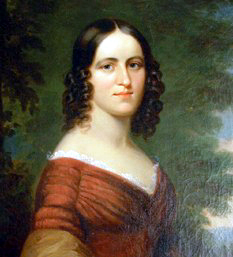 Twelve of them attended Berwick Academy, which had been founded in 1791, and in 1828, when girls began attending the academy for the first time, teenage Mehetable, known as Hetta, was one of the first three young women to enter. Her older brother John, already enrolled, was “shocked” at having girls come to school, Hetta's daughter recalled years later.

In 1834 Hetta married the academy preceptor (headmaster), Rev. J. Wilson Ward, a Hebrew and Greek scholar who had been a minister in Abington, Massachusetts. In 1843 she suddenly died at age 27, leaving young children; a memoir and collection of her writings published after her death praised her as a prodigy, poet and scholar.

With his children enrolling as students, Judge Hayes raised $1700 for a new school building, $500 of which he donated himself. He became president of the academy in 1832 and served until his death. He is believed to have closely managed the school throughout his tenure. 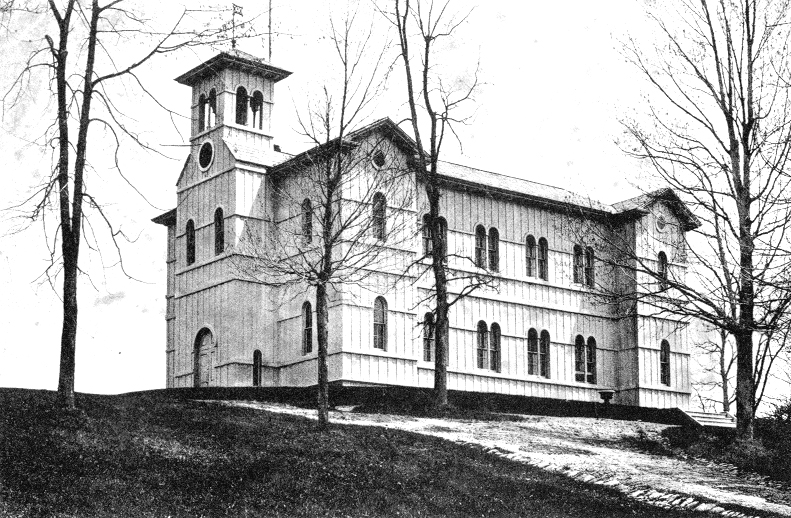 “He knew all the boys by name, was very indulgent to them,” recalled a contemporary of Judge Hayes, “and allowed them to rob his pear trees and steal his melons with very mild rebukes.”

Four months after Hayes' death in 1851, the Hayes House and Berwick Academy were burned by arsonists fighting the Maine temperance movement. Most of the house survived the fire, but the school was destroyed. Judge Hayes' third son, Francis Brown Hayes, oversaw the construction of a third Berwick Academy building, this one designed by Richard Upjohn, architect of Trinity church in New York, and became academy president from 1854-1884. 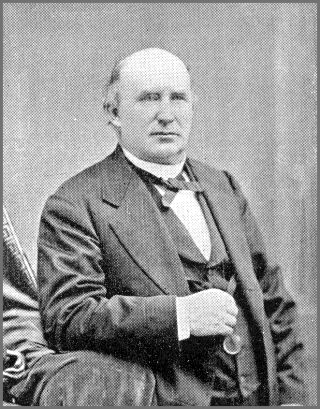 A graduate of the school, Francis had attended Harvard and Harvard Law School before becoming an executive of several railroads, including the Boston and Maine, and the Atlantic and Pacific Railroad. He became president of the Massachusetts Horticulture Society -- a rhododendron seems to have been named after him -- and pursued an avid interest in agriculture at the Hayes estate. Among Francis's bequests was $10,000 to Berwick Academy and, reportedly, the statue of the Minuteman at Lexington, Massachusetts, where Hayes also had a home. 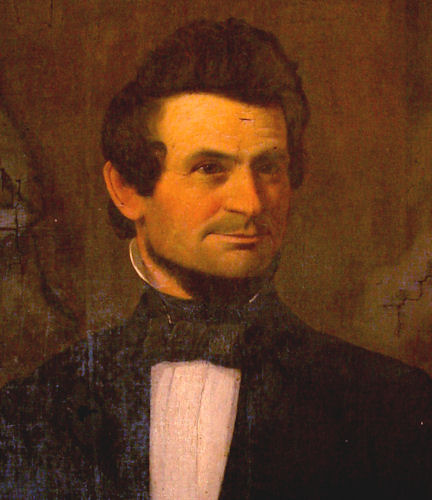 John Lord Hayes, Judge Hayes' eldest son, had also graduated from Berwick Academy and Dartmouth, and studied law with his father and at Harvard Law School. He first practiced law in Portsmouth, NH, and was appointed Clerk of the United States District Court, then moved to Washington, D.C., where he became a leader in the Free Soil movement. He rode in Lincoln's first inaugural parade and became chief clerk in the United States Patent Office and the first president of the National Tariff Commission.

Berwick Academy, left, and Hayes House, right, from about the time when Sarah Orne Jewett was a student.

Biographers have reported that during the 1840s, John Lord Hayes was general manager of the Katahdin Iron Works Company of Maine. Later he was secretary of the Mexican, Rio Grande, and Pacific Railway Company, and helped organize the construction of a railroad across Mexico in the 1850s. The author of a number of scholarly works, Hayes translated a volume of Latin hymns from the early and middle ages in 1887.

The youngest Hayes brother, Joseph (1835-1912), became Brevet Major General of Volunteers, and served the Union as a general officer in the Civil War. A civil engineer educated at Berwick Academy and Harvard, he enlisted as a Major in the 18th Massachusetts Infantry. fought at Gettysburg, the Wilderness, and many other engagements, and was imprisoned for a time at the notorious Libby prison in Richmond — all before he reached the age of 30. He was a Colonel and in command of the 18th at Gettysburg. They were brought in as reinforcements for the Third Corp an fought in the Wheatfield. In May of 1864 he was put in command of the 18 Mass and the 83rd Pennsylvania as the scouting units for Grant's campaign that started with the Wilderness and ended at Cold Harbor (and Petersburg) 40 days later. Colonel Hayes was wounded severely in the head that first day. He suffered a broken leg and wounds that affected him the rest of his life.

Another Hayes son who served in the Civil War was Charles Cogswell Hayes, a doctor trained by Sarah Orne Jewett's father and at the University of Pennsylvania Medical School and in Paris. He pursued a medical career in New York City and Madison, Wisconsin. During the Civil War he was chief surgeon of the 43rd Regiment of Wisconsin Volunteers.

At left, adaptation from a map of 1877 showing Berwick Academy and the Hayes House

Two children of Hetty Hayes, Susan Hayes Ward and William Hayes Ward, both 19th century academy graduates, later became editors of The Independent, a leading national magazine of New York. William, born in 1835, had studied at Amherst and Andover Theological Seminary before serving as a pastor in Kansas and as professor of Latin at Ripon College in Wisconsin. In 1884 he led a scholarly expedition to Babylonia and became president of the American Oriental Society. He was editor in chief of The Independent from 1896 to 1913.

In 1894, The Independent printed Robert Frost's first published poem, “Butterfly, An Elegy.” Frost was just 20 at the time, but the Wards became his friends, and he later visited the house in South Berwick. The magazine had also published many works by Berwick Academy alumna Sarah Orne Jewett.

Another grandchild, William Allen Hayes III, a graduate of Harvard College and Law School, was president of Berwick Academy from 1898 to 1911. By then the academy was South Berwick's high school, based in the Fogg Memorial Building built in 1894, which also contained South Berwick Library. The building had been the bequest of the family of William Hayes Fogg, who had been named after Judge Hayes.

By the mid-1900s, after the house had left the Hayes family and become a private home, a mural depicting early South Berwick homes was painted over the mantel.

In 1960 Berwick Academy became a private boarding school, and in 1966 it bought the Hayes House. The Judson Dunaway Foundation provided a $50,000 grant to convert it to a dormitory known as Dunaway. In 1974 the academy became a country day school and the house a headmaster's residence.

The Hayes House is listed on the National Register of Historic Places.