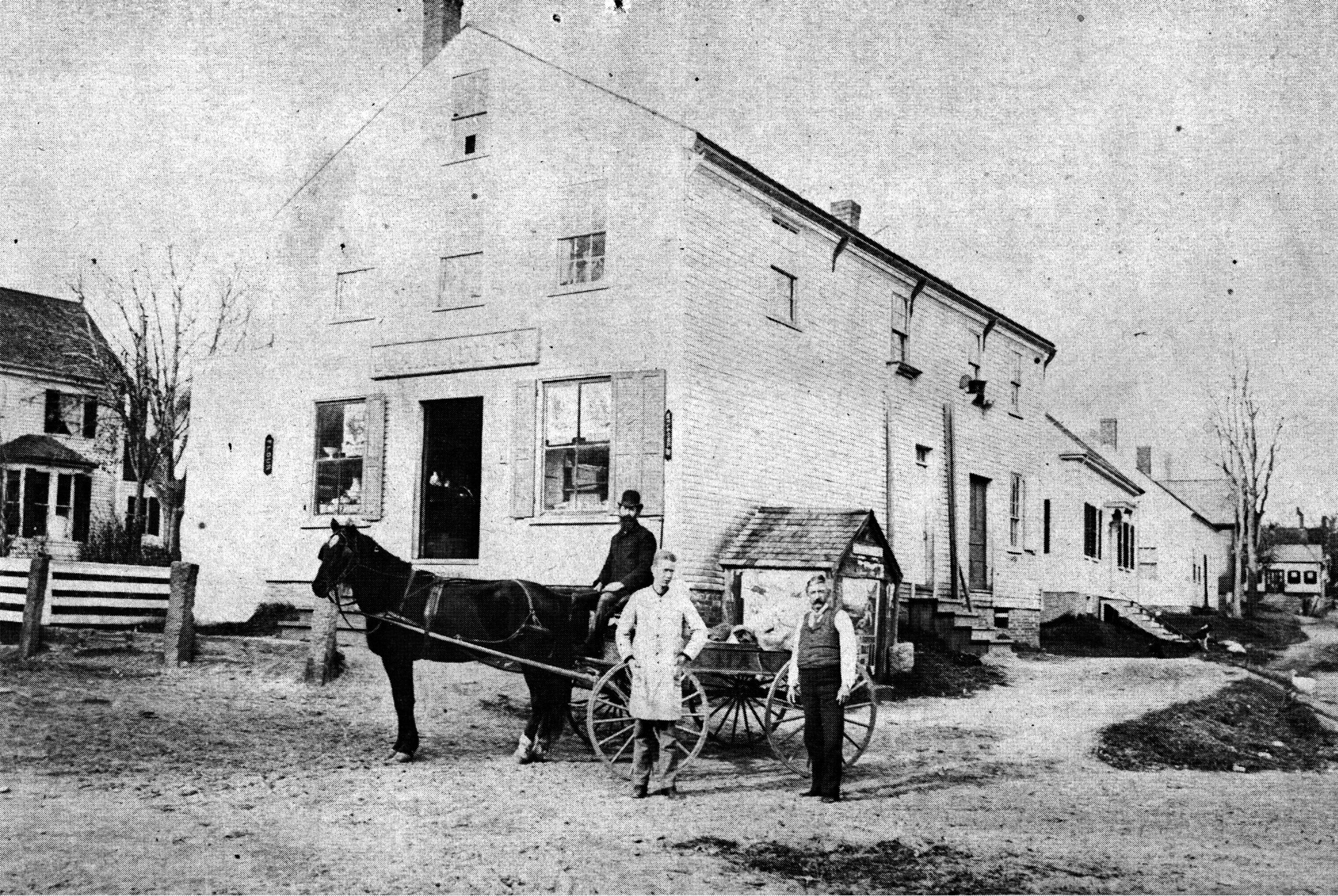 In 1887, brothers Norris and Joseph Maddox bought the former store of Gen. John Lord at the corner of Liberty and Pleasant Streets.

In the late 1700s and early 1800s, a store selling West Indies goods, such as rum, stood here and belonged to Gen. John Lord, a merchant who lived from 1765 to 1815.  Lord owned mill rights at the Quamphegan waterfall.  He also built ships at Pipe Stave Landing, and was a partner of Jonathan Hamilton, shipbuilder and West Indies merchant who built the Hamilton House about 1785. After Lord's death his store was owned by Isaac L. Moore, who was the Maddox brothers’ aging uncle, who sold groceries.  This store and another Maddox Store around the corner on Main were two of several grocery stores to be operated by Joseph Maddox (1847-1916) and his son, Albert Maddox (1873-1954), and eventually by grandsons, Alden and Stanley Maddox. A third Maddox store was in the brick business block in Central Square, South Berwick. Others were in Milton, NH, and Lebanon, ME. They were known as J. A. Maddox and Sons, and were certainly one of South Berwick's first experiences with the economic advantages of “chains”. They operated in the early 20th century through World War II.