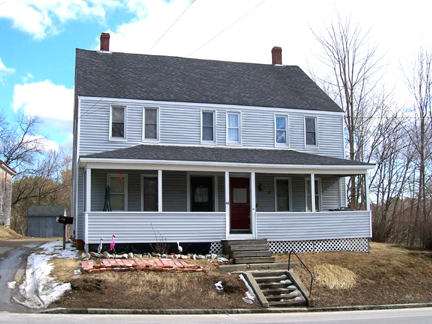 For five generations, beginning with Thomas Abbott, who died in 1713, the Abbott family was one of several principal landowners at Quamphegan Landing in South Berwick.   This property seems to have held the “one house and new shop unfinished” mentioned in an 1814 inventory of cabinetmaker Legro Abbott, whose estate was left to his last living sibling, Edmund Abbott, who sold to the Nasons.    As late as half a century later, the property was still referred to as the “Abbott House and lot.”

Before 1800, ownership of Landing property was dominated by a few families of long tenure—Lord, Nason, and Abbott—who had emigrated from England and lived in Berwick (as South Berwick was known until 1814) for generations, occupying large tracts of land at the head of tide.

Thomas Abbott (1643-1713), son of a Strawbery Banke (Portsmouth, NH) vintner and innkeeper, acquired property in 1673 that encompassed large portions of present-day South Berwick Village.  His “fowling marsh,” a place for hunting and gathering thatch, lay upstream from the falls.  A century later, town records mention an Abbott grist mill, and an Abbott house shows on this map of 1763. 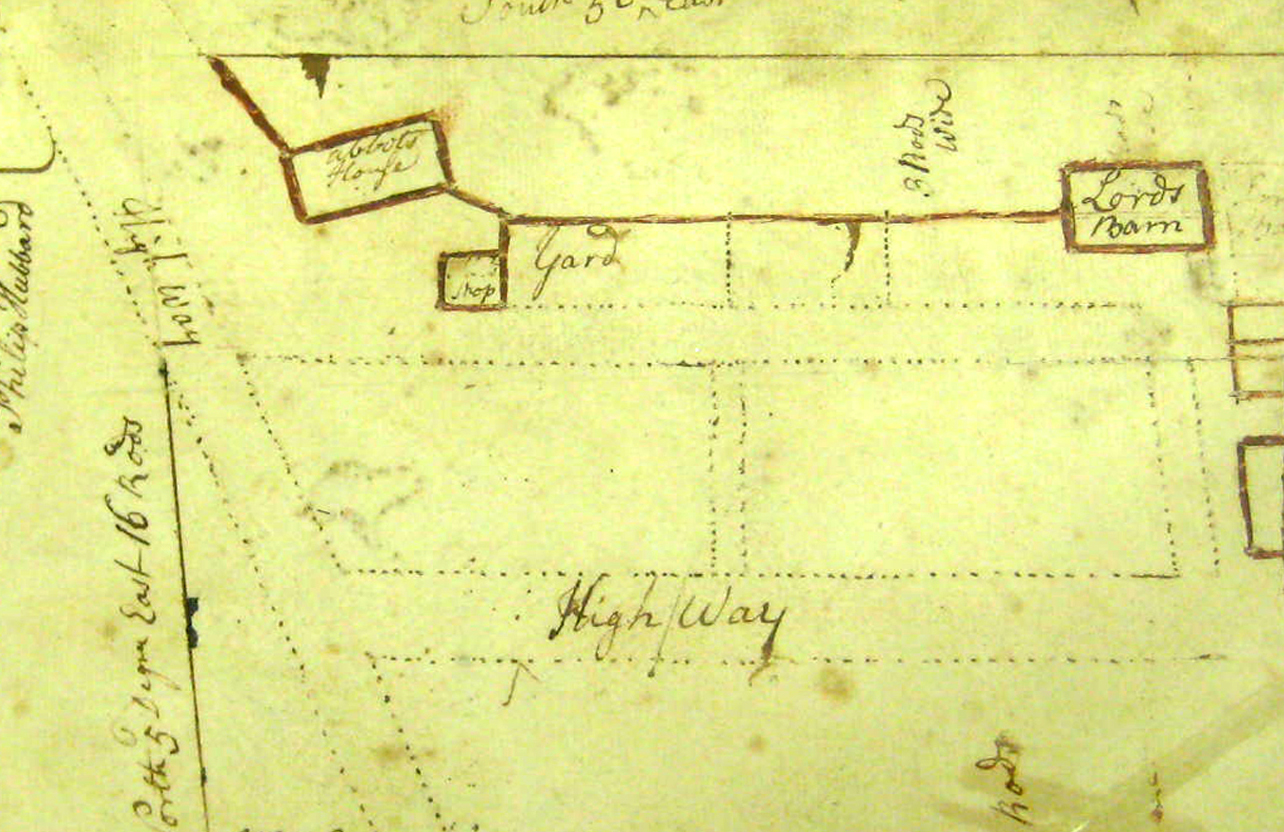 In the early years of the 19th century, landholdings were subdivided by the next generation, who inherited property, often with substantial houses and outbuildings.

In 1819 the last Abbott descendant sold the house and lot at 88-90 Main to Bartholomew Nason and his sons Benjamin and Bartholomew for $175. The Nason homestead had been a three-story mansion next door at 80 Main Street, which the Nasons sold after Bartholomew Sr.’s death in 1822.  Benjamin Nason then made his home on Portland Street, and owned a store at the corner of Portland and Main.

But 1831 had also seen the creation of the large cotton mill on the river, the Portsmouth Company. The factory was to eventually bring on some 200 employees, many of whom needed housing. In the period of 1835 to 1845, Benjamin Nason created two “double houses” at 94-96 and 88-90 Main to rent to employees on property he still owned next to that of his late father’s mansion. The two houses shared rights to a common well.

Benjamin Nason kept the 88-90 Main lot as a rental property until he died in 1875, when it passed to his daughter-in-law Mary M. Nason, widow of his son Augustus, a seaman turned bookkeeper who was killed in battle in Virginia during the Civil War.

Mary Beckler Nason came from Greenwood, Maine, a hundred miles to the north, in the early 1850s, possibly to work in the cotton mill with her younger sister Abby.  She married Augustus Nason before 1859, when their daughter was born.  By 1864 Mary was a 32-year-old widow with three young children.  This house, where she lived for almost ten years, may have provided her with rental income.  In 1883 she sold it to John Henry Plumer, who owned a livery stable on the west side of Main Street, opposite the Plumer bakeshop, and at least six other properties at the Landing.   John had lived three doors south at 68-70 Main for nearly twenty years, so he never occupied this house.  Instead, he rented the property until his death in 1894, when it passed to his widow, Nancy (Butler) Plumer.

Neither Nancy nor her niece Sarah Burleigh (daughter of Charles S. Butler), who later owned the house, actually lived there.  When Sarah bought the house from her aunt’s estate in 1907, she was living on Academy Street in the family home of her husband, Charles H. Burleigh, foreman of the Newichawannock Woolen Mill.   Sarah and Charles later moved to the Landing and were living across the street at 97 Main by 1920.  She may have rented this house to Thomas Pelletier, who emigrated from Quebec with his family in 1889 and moved to the Landing after 1900.  He worked as an iron molder at the newly formed Somersworth Foundry Company in nearby Rollinsford.  When Thomas bought the house from Sarah in 1917, it was still known as the “Nason House,” referring to a land transaction of a century before.   Thomas lived here until his death in 1941 at age 81.