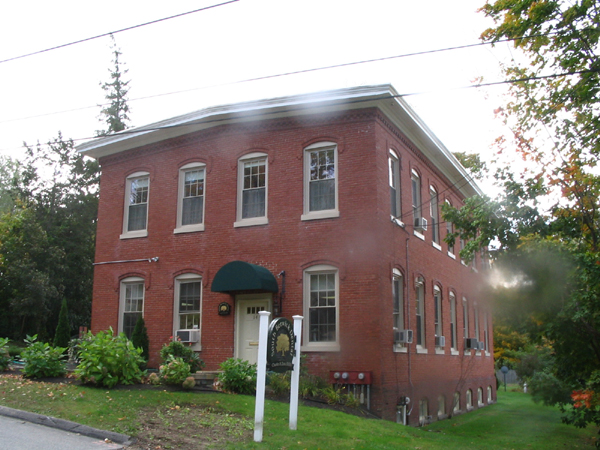 This house is part of the South Berwick Village District on the National Register of Historic Places. The family of inventor Mark Addison Libbey (1855-1940), whose brick building next door at 14 Highland Avenue once contained a roller skating rink, included some of South Berwick’s most mechanically inclined and innovative entrepreneurs of the late 19th and early 20th centuries. 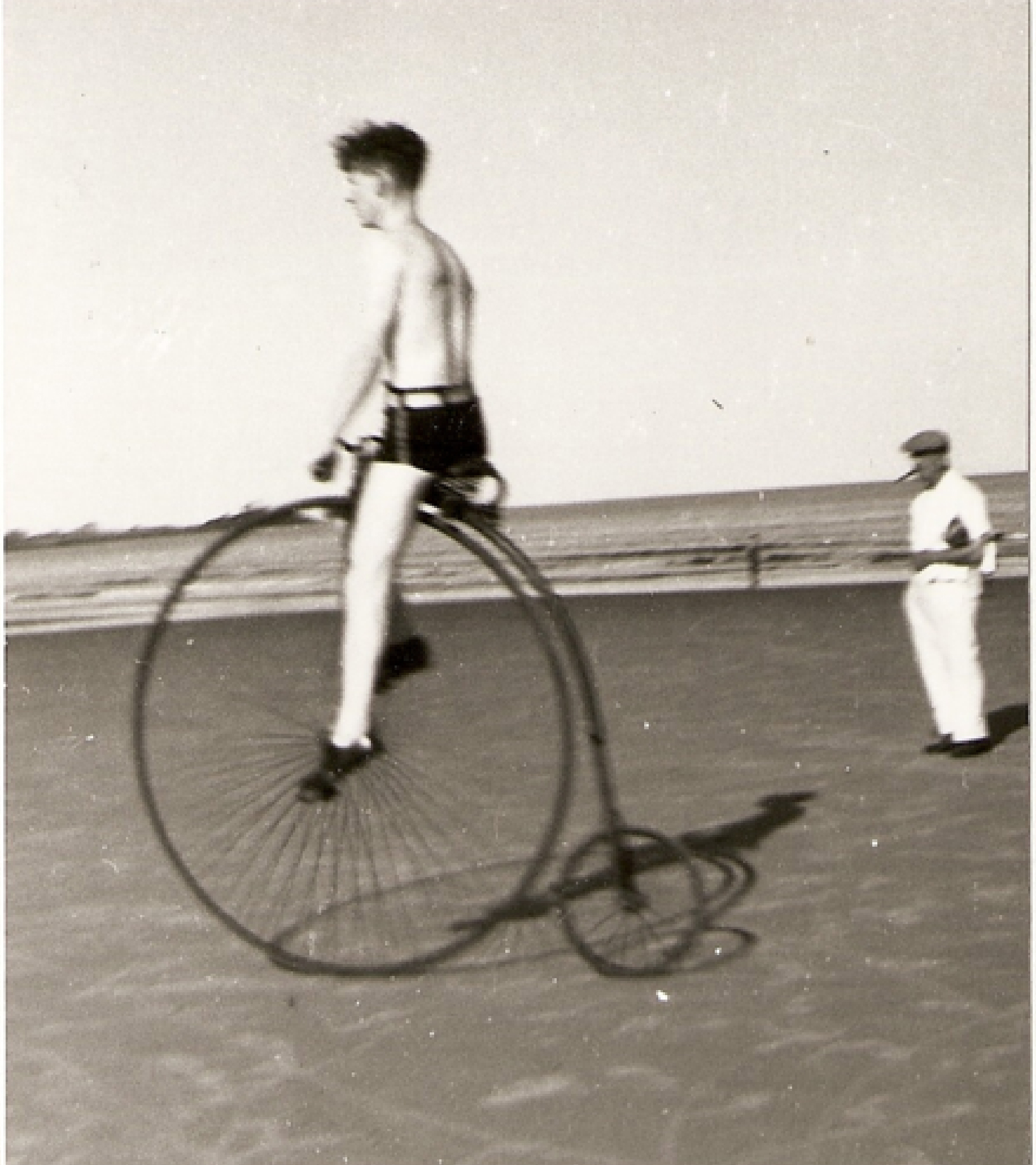 South Berwick neighbor Chuck Oliver riding a Libbey high-wheeler at York Beach in the 1930s. Photo courtesy Chuck Oliver.
In 1883, the younger Libbey, who was known as Addison and later added an “e” to the last name, operated a skating rink in Newichawannock Hall, upstairs in the Business Block in Central Square. In 1888 Addison bought a crank organ for roller skating, and may have built the Highland Avenue building about this time.

Around the turn of the century, Addison built a steam engine for the trolley company’s merry go round at the amusement center Quamphegan Park, located on today's Waterside Lane. The Maine Register business directories for the 1890s listed him as a South Berwick machinist and woodworker.

Former South Berwick resident Chuck Oliver, who lived across the street as a boy, recalled the Libbey household of the 1920s and 1930s: “I arrived as a new resident in South Berwick in the summer of 1927 at age 10 1⁄2 … Their two friendly and mechanically gifted sons, Ted and Mark, along with their considerable store of rolling stock and other mechanical delights, captured my attention early on.

“Mark, the older of the two, was not only a graduate of MIT but also an instructor at that institution for a few years. He did not care for city life and came home every Friday evening, traveling by train (via the old Eastern Division) to Portsmouth and then (via the Alton Bay branch) to South Berwick, where he de-trained at the First Baptist Church. Sunday evening he returned to Cambridge in the same manner. Mark was the quiet consultant/advisor type, whereas Ted was less the student (it was my understanding that he had attended Northeastern University but had not graduated) but more ‘the let’s get this thing done’ type.

"Their elder sister, Mary, was quiet and unassuming and became a lifelong friend of my mother’s. Mrs. Libbey (Grace) was an extremely outgoing and friendly person who was always ready to lend a helping hand. Mr. Libbey, who was always referred to as Addison,…would possibly be classified today as having Alzheimer’s Disease. He was always friendly but extremely deaf, making conversation nearly impossible…

“In the north living room of their home was an elaborately worked glass-walled cabinet containing a nickel plated scale model of an automobile said to have been invented by Mr. Libbey in the early part of the century.” [This model became part of the collection of the Maine State Museum at Augusta.]

Photo of Mark Addison Libbey automobile model used with the permission of the Maine State Museum.

“The Shop [the brick building next door on Highland Avenue, shown at the top of the page], … Addison’s bicycle repair shop, was used, mostly by Ted, as a workshop for all sorts of projects but also as a storage facility. The second story had… hardwood flooring where, we were told, roller skating parties used to be held to music supplied by a calliope type device…

“The first floor was, as I recall, mostly a machine shop with an engine lathe which Ted employed to make (among other things) a working miniature 2-cycle gasoline engine. I do not remember how the lathe was powered but I’m reasonably certain that it was belt driven from overhead line shafting driven by an electric motor but the size and location of that motor I do not know. I am certain that, in the early years, the line shafting was belt driven from a steam engine in the basement and that steam was produced in a fire tube boiler adjacent to it. The only time I ever saw that engine in operation was in March of 1934. Ted had discovered, probably by hydro-testing, that a few boiler tubes were leaking, had fashioned plugs to isolate the leaking tubes, and on the 27th had started a wood fire in the furnace and by early evening had raised a small head of steam. I and a few of my friends had been invited to witness the operation and were certainly impressed when Ted opened the throttle gradually and the engine came to life. The flywheel, which I remember as having been perhaps six feet in diameter, began to turn (silently, as is the case with steam engines) and although Ted did not choose to run it at any great speed, it ran for several minutes after which he closed the throttle and the engine gradually slowed to a stop.” 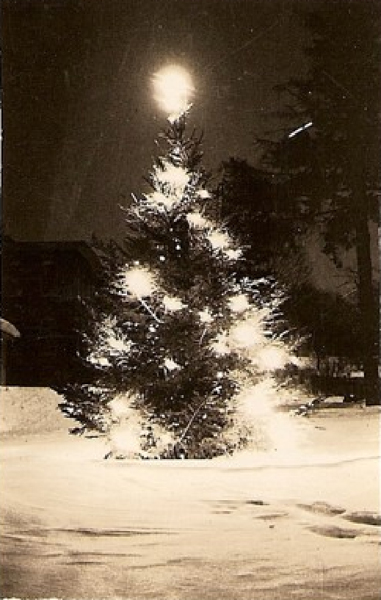 Ted Libbey was active in South Berwick community life, particularly helping children at the height of the Great Depression. One of the first lighted Christmas trees in South Berwick glowed on the Libbey family lawn in the winter of 1933.

He led Boy Scout Troop 3 and even started a Sea Scout program which allowed local kids to spend a week at County Scout Camp in Shapleigh in June 1933. Then Ted acquired a surplus Navy Whaleboat which he and the scouts once rowed around the Portsmouth Navy Yard. 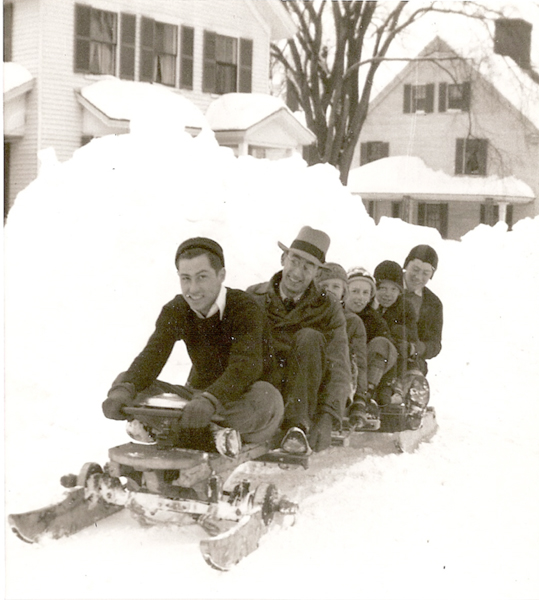 “The only project of Ted’s which I can recall having come out at less than 100%," continued Chuck Oliver, "was a bob-sled of which he and Fred Badger were the cooperating builders. One of them, probably Fred, had come into possession of the front axle and steering mechanism of an automobile and decided that it could be used to support the front runners of the sled so that steering could be done with a wheel instead of the usual rope arrangement. It was a really sturdy sled but proved to have a major flaw in that when the wheel was turned to either side the sled was guided in the opposite direction.” 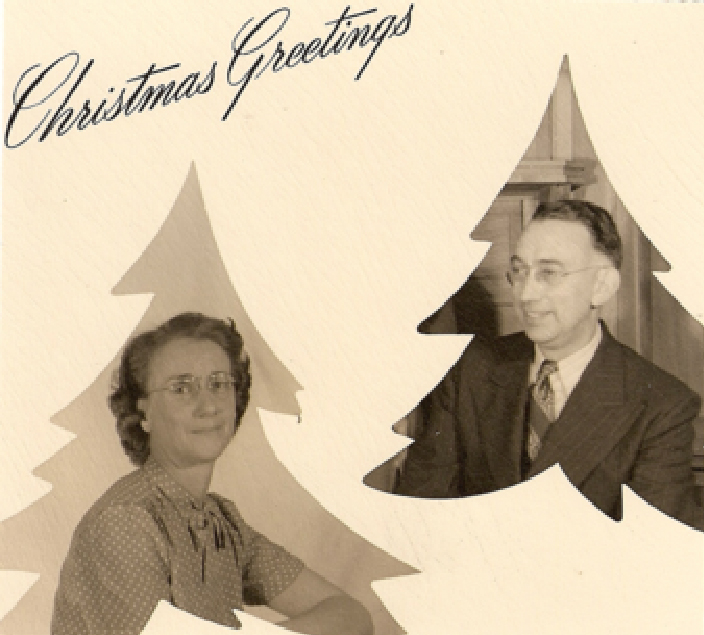 (This summary by Wendy Pirsig from correspondence with Chuck Oliver and archives from the Counting House Museum. Updated December 2020.)