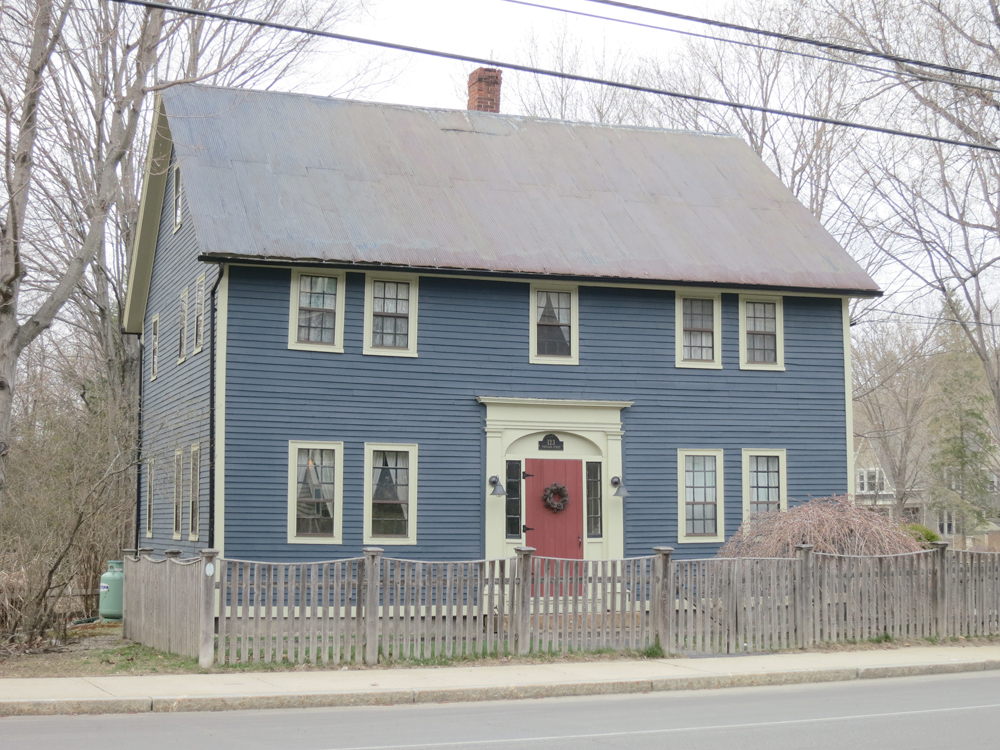 This house is part of the South Berwick Village District on the National Register of Historic Places. “Joseph Murphey … was a cabinet maker of much skill, to which many pieces of old furniture to be found in our houses can attest,” wrote Mary Rice Jewett, sister of author Sarah Orne Jewett, in a memoir about downtown South Berwick. In the early 1800s Murphy had a shop at the Corner on the site of what is now the Odd Fellows Block, and Mary believed he was the builder of that landmark brick building. An account book of Murphy's now owned by the Portsmouth Athenaeum shows that he traded with leading citizens of South Berwick and Lebanon, ME, and Rollinsford and Dover, NH. Murphy may also have built the Jewett Store building in Central Square about 1816.  A desk he made for the Jewetts appears in a famous photograph of author Sarah Orne Jewett; it became part of the Historic New England collection at the Jewett House.

In 1818 Murphy bought this house and the next year married Sarah C. Low, daughter of Dr. Nathanael Low, the almanac writer who was another Portland Street resident. The house was previously owned by brothers Samuel and John Lord and their brother-in-law, William Allen Hayes.

Murphy was born in Lyman, ME, in 1796, son of Revolutionary War veteran Thomas Murphey. Portsmouth Athenaeum Keeper Thomas Hardiman said, "A notation in his first day book suggests that he trained in Portland with cabinetmaker Stilman Roberts on Union Street before moving to South Berwick in 1815. He boarded with Horace Parmerlee and set up a shop [in South Berwick] on the site of the current Odd Fellows Block, directly across the street from the Jewett memorial."

Murphy was a skilled cabinetmaker who produced furniture such as tables, chairs, bureaus, and clock cases. He painted furniture and floors, repaired furniture and window sash, and rented out his sleigh or wagon for customers in need of transportation. The range of his work enabled him to make prosper in South Berwick for 20 years, until he left to take over his family’s farm in Lyman, Maine, where he was born, to manage the family farm and administer his father's pension. In Lyman he continued to sell furniture and other goods in South Berwick and Kennebunk. He died in 1872.

(Summary by Wendy Pirsig with information from Thomas Hardiman, Nina Maurer (for the Hike through History), and archives in the Counting House Museum.  Updated December 2020.)