This house is part of the South Berwick Village District on the National Register of Historic Places. Built by Joseph Murphy, one of South Berwick’s leading carpenters of the early 19th century, the house has had a varied history, from the life of its first owner, John Samuel Thomas Cushing (1801-1875), member of a leading merchant family in the era of tall ships, to the 1920s, when the George Brown Canning Factory stood in the back yard and processed sweet corn.

John Cushing (c. 1743-1822), a Revolutionary War veteran and state representative originally from Plymouth and Boston, Massachusetts, was one of South Berwick’s leading citizens at the turn of the 18th century. His wife, Olive Wallingford (c. 1758-1853), was a descendant of a leading shipbuilder of Rollinsford, NH. Their home, the Cushing Mansion, on the site that later became South Berwick Central School, was one of the town landmarks until its demolition in the 1920s, and well known to and described by Sarah Orne Jewett.

John and Olive Cushing’s youngest son, John Samuel Thomas Cushing, born on January 5, 1801, was named in circumstances reflecting the dangers of that time. Probably born in the mansion, he was named for older brothers -- John, Samuel and Thomas -- born in 1774, 1779 and 1780 in Boston, when the family resided there during the Revolution. All of three of these sons had died by 1801 (and another baby Samuel had died in infancy). 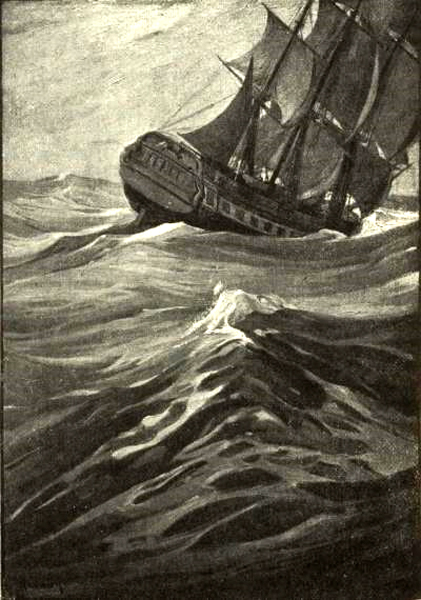 “The Ranger” from The Tory Lover, 1901. Illustration by Charles Woodbury.

John and Thomas Cushing apparently died on sea voyages to Demerara, a Dutch colony in South America, in 1798 and 1790, respectively. There is some evidence they may have been sailing aboard ships owned by the leading Piscataqua merchant, Jonathan Hamilton, and engaged in sugar production dependent on slave labor.

By 1819, two other Cushing sons would also die overseas. Even earlier, Olive Cushing’s brother, Samuel Wallingford, is said to have been killed in 1778 while sailing on the ship Ranger with John Paul Jones, and was among a number of family members featured prominently in Sarah Orne Jewett’s 1901 novel The Tory Lover. The family in coming to South Berwick was likely seeking more peaceful times for their new son, John Samuel Thomas Cushing. 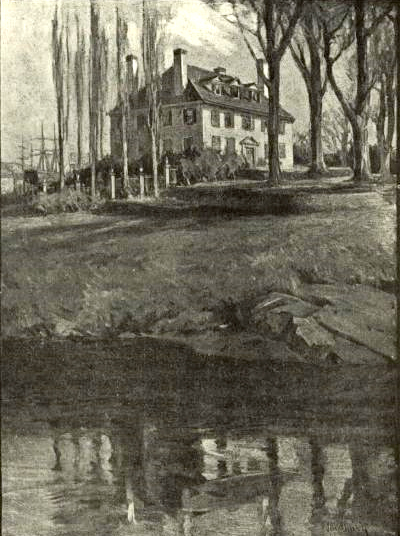 “The Hamilton House” from The Tory Lover, 1901. Illustration by Charles Woodbury.

General Lafayette's visit to South Berwick in 1825 is remembered (and celebrated in a Jewett story) by a visit to the Cushing home, where he was entertained by John S. T. Cushing's mother, the widow “Madame” Olive Cushing.

Young John would likely have attended Berwick Academy. He then became a clerk, and married Eliza C. P. Hale of South Berwick in 1826. This house at 135 Portland Street would have been their first home. It was built by Joseph Murphy, the cabinetmaker living next door at 123 Portland Street, whose shop was at the Corner and who was considered one of the finest carpenters in the region.  Murphy may have also built the Odd Fellows Block.

John’s new wife, Eliza, was the sister of the future U. S. Senator John Parker Hale of Dover, NH, according The Genealogy of the Cushing Family by James Cushing, 1905. Sen. Hale married the Cushings’ neighbor, Lucy Lambert, who grew up at the Lambert House across Portland Street.

In 1830, another Hale family member, Samuel Hale, founded the Portsmouth Manufacturing Company cotton mill in South Berwick, with offices at the Counting House, now the home of the Old Berwick Historical Society. Samuel Hale was succeeded at the factory management by his son Francis and grandson Samuel.

John and Eliza’s children were born, presumably in this house, during the 1820s and 1830s, according to Vital Records of Berwick. One of their twin sons, Frances Henry Cushing, died 1837 at 9 months of age. His brother was Henry Francis Cushing. Other siblings were John Parker Hale Cushing, Samuel Thomas Augustus Cushing, William Parker Hale Cushing, and George Frederick Cushing.

Although some of John S. T. Cushing’s relatives remained in South Berwick – including his mother, Olive, who lived in the Cushing Mansion until 1855 and left it to her daughter and her husband, Hiram H. Hobbs, Cushing decided to leave for larger manufacturing centers, and in the 1840s he worked as city clerk of Manchester, NH. The 1870 census reported that at 69 he was a clerk living with his wife in Hyde Park, outside of Boston, and their children had settled in Massachusetts and other locations outside Maine. Cushing’s property was valued in the census at $4600 in real estate and $500 personal property. He died October 17, 1873.

According to a 1927 map, the steam-powered George Brown Canning Factory stood behind the house at 123 Portland Street in a building the size of a barn. George W. Brown was South Berwick’s fire chief, and lived from 1887 to 1951.