Old Berwick’s story began over 4,000 years ago as home to Native American fishermen and hunters. For millennia, Indians migrated during the spring from the interior of southern Maine to the Salmon Falls River. 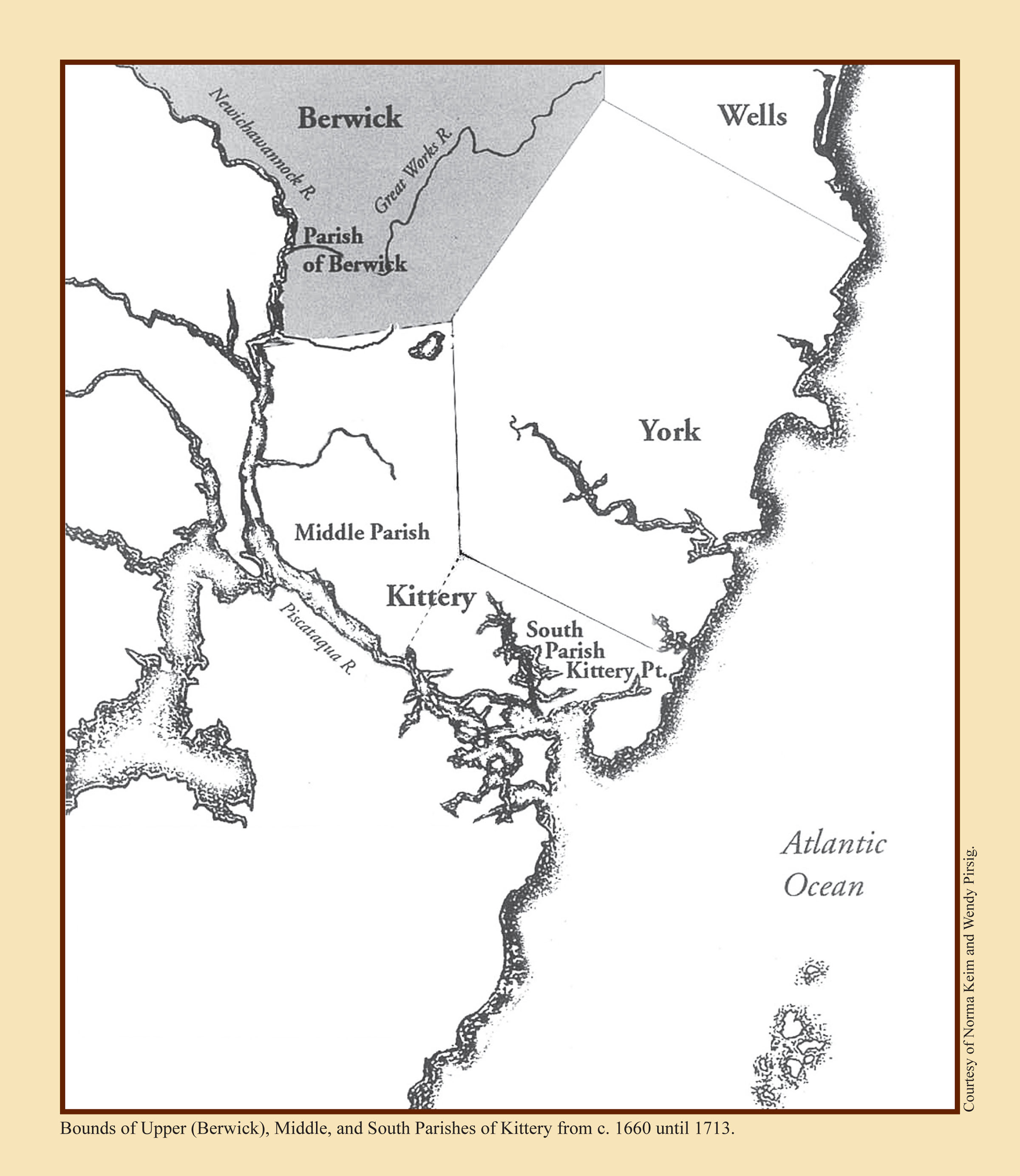 Here, they established encampments adjacent to the river and today’s South Berwick’s Counting House, Quamphegan Falls, Rollinsford, and the Great Falls in Somersworth harvesting the salmon, shad, alewives, and eels that made their annual migratory runs up Maine’s coastal rivers. By the time English explorers such as Martin Pring (1602) and John Smith (1614) sailed along the coast of southern Maine, the Indians of Newichawannock and Quamphegan had established planting grounds of corn and beans along the Salmon Falls River.

The appearance of these English explorers was the first sign of a changing world. By then, France and England were looking to New England as a rich source of land, fish, timber, and animal furs. In 1629, England’s Council of Plymouth issued a grant of land to the London-based Laconia Company that extended from western New York to the coast of Maine. The Company hoped to colonize northern New England

by first establishing year round trading posts and fishing operations on the region’s rivers. Two years later, the Laconia Company established three posts in Rye, Portsmouth, and on the Salmon Falls River, just below its junction with the Great Work’s River in South Berwick or Rollinsford, New Hampshire. The Newichawannock trading house did a brisk trade with the Indians of the Piscataqua River region, exchanging items such as liquor, blankets, hatchets, kettles, coats, shirts, and shoes for beaver pelts and furs and moose, bear, and otter skins. In addition, the English newcomers employed one hundred or more Wabanaki Indians who planted corn and established a vegetable garden on the grounds of the post.

By 1635, the Newichawannock post had broken up and its employees scattered about the Piscataqua region. In its place, the hamlet of Newichawannock emerged on the banks of the Great Works River reinforced by recently arrived settlers from England. Three of these immigrants, James Wall, John Goddard, and William Chadborne, built one of New England’s earliest saw and grist mills on the river (1634). They were soon joined by English immigrant families and former Scots prisoners who established homes on both sides of the Great Works and the eastern banks of the Salmon Falls Rivers. By the early 1660s, the newly created upper parish of Kittery had a meetinghouse on Old South Street near its junction with Brattle Street, three saw mills on the Great Works River, and a landing place at “Pipe Stave Point” on the grounds of the Hamilton house.

From these humble beginnings emerged an English settlement with an economy built on the area’s wealth of timber, water power, and agriculture. Despite Newichawannock’s inland location, the Salmon Falls River connected local inhabitants to a far reaching trade network that encompassed communities scattered along the Piscataqua River and its tributaries, Portsmouth, Massachusetts Bay, the West Indies, En 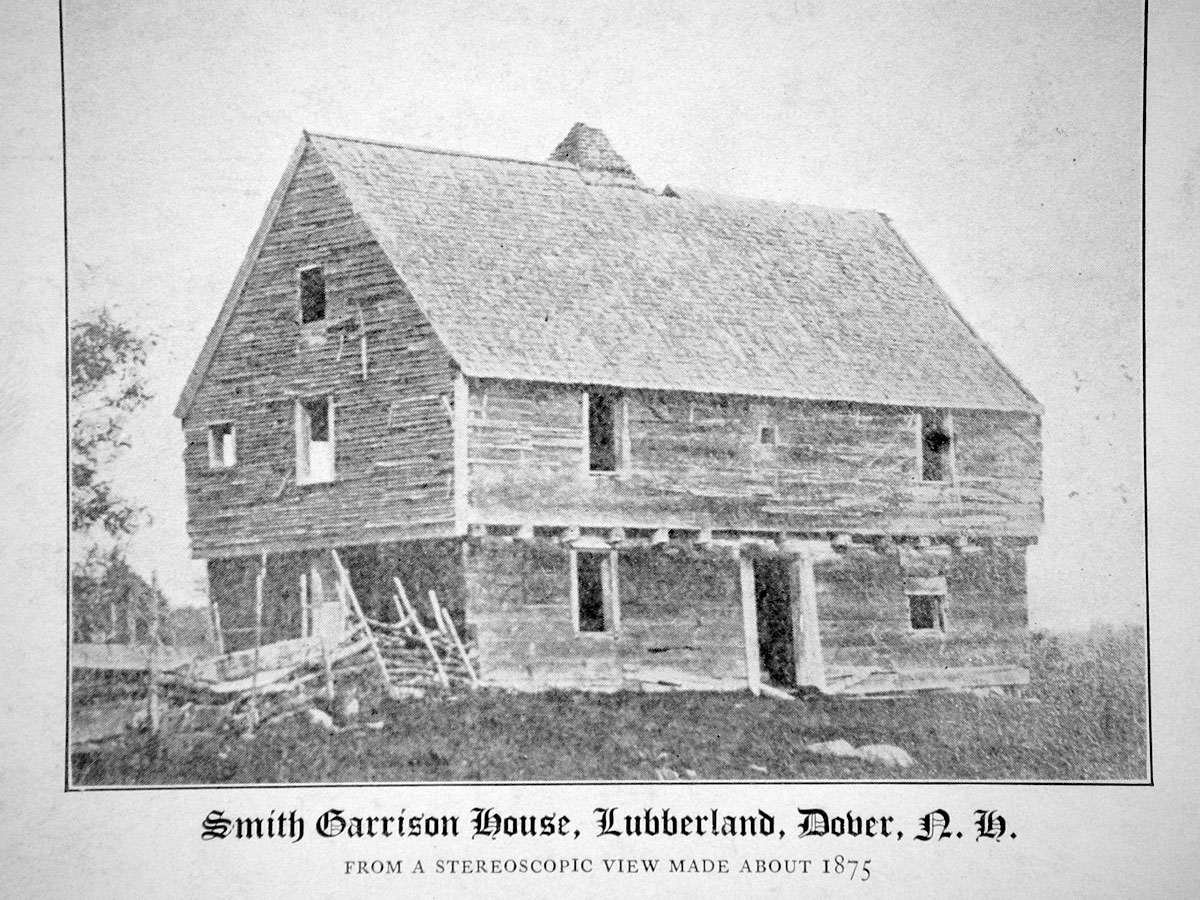 In 1675, Newichawannock’s growing promise was shattered by the outbreak of Anglo-Indian warfare throughout New England. For the next four decades, the specter of war hung over old Berwick and much of Maine. At the heart of the conflict were the continued expansion of English settlement into traditional Indian lands, abusive traders, and English livestock and mill damage to Indian planting and fishing grounds. During these years, the English residents of Newichawannock/Berwick adapted to a world dominated by a struggling economy, food shortages, rumors of Wabanaki and French attacks, militia call ups, and life in garrison. Wabanaki and French forces attacked Berwick on several occasions, the most devastating taking place in 1676 and 1690.

It is only fitting that the town of Berwick was established in 1713, a date that not only marked the end of Queen Anne’s War but a gradual return of more hopeful days for her English residents. In contrast, the few Wabanaki who inhabited the Piscataqua region saw the war’s conclusion as just another sign of their deteriorating circumstances.

(Written in 2013, the 300th anniversary of the establishment of the town of Berwick, by Neill De Paoli, Director, Old Fields Archaeology Project, Old Berwick Historical Society)