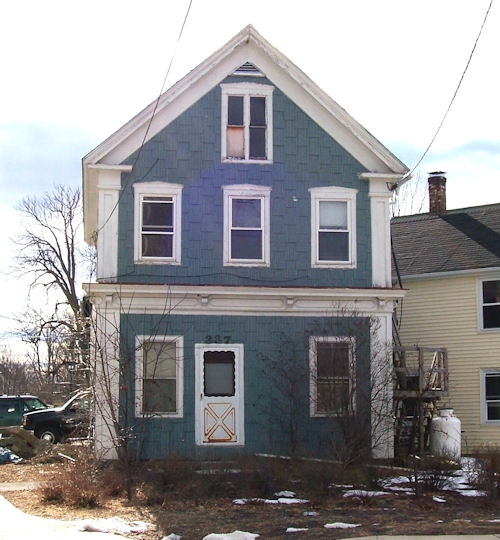 Still known in 1913 as the Butler Building, according to town reports, the store by then had become the “new” Rideout's Hardware, owned by Ruel B. Rideout (1874-1944), who made his home on Portland Street.  Rideout was town moderator for many years.

This Butler/Rideout’s building appears on a map of 1901 as a variety store, and in 1927 as a residence.

The Rideout's business later moved to the Central Square Business Block, perhaps in the 1920s, where it continued for over 80 more years.

(Summary by Wendy Pirsig from archives in the Counting House Museum. Updated December 2020.)